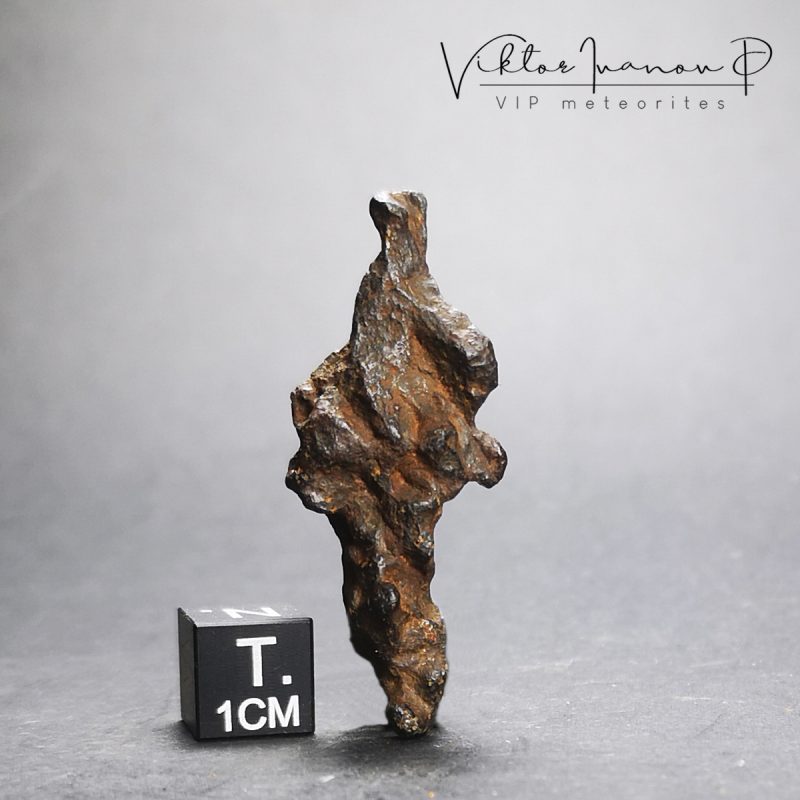 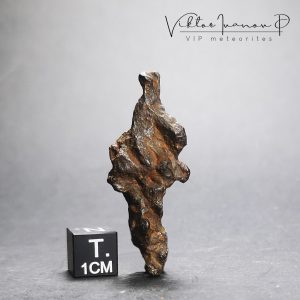 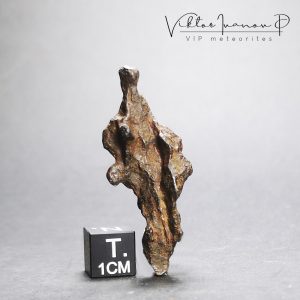 Canyon Diablo meteorite fell on the Earth around 50.000 years ago and created one of the most spectacular craters on Earth, The Meteor Crater (also known as Barringer Crater). It has a diameter of 1.2km and is 170m deep and is located in Arizona, United States. Meteorites have been found scattered around the crater rim and were already known and used in prehistoric times by Native Americans to make tools. After the discovery by Westerners in 1891, large quantities of this meteorite were removed from the area, and over the years the site has been almost completely cleaned. As a result, looking for meteorites is now forbidden by the government.

Due to its characteristics, Canyon Diablo is classified as an IAB main group iron meteorite. Specimens are usually small due to the huge explosion that broke the meteor.

In this lot, one specimen of Canyon Diablo is offered. It conserves its characteristic sharp angles that remind us of its violent pass through the atmosphere followed by the explosion that made the crater. The piece has its natural patina.

Please read this clarifying before buying: Additional support has been used for the photography, which is not included in the lot. The meteorot will be sent in an acrylic box.